Auction Items:  To bid on any item, please contact Scott Cordischi at Scott_Cordischi@Brown.edu or by calling 401-863-2408. 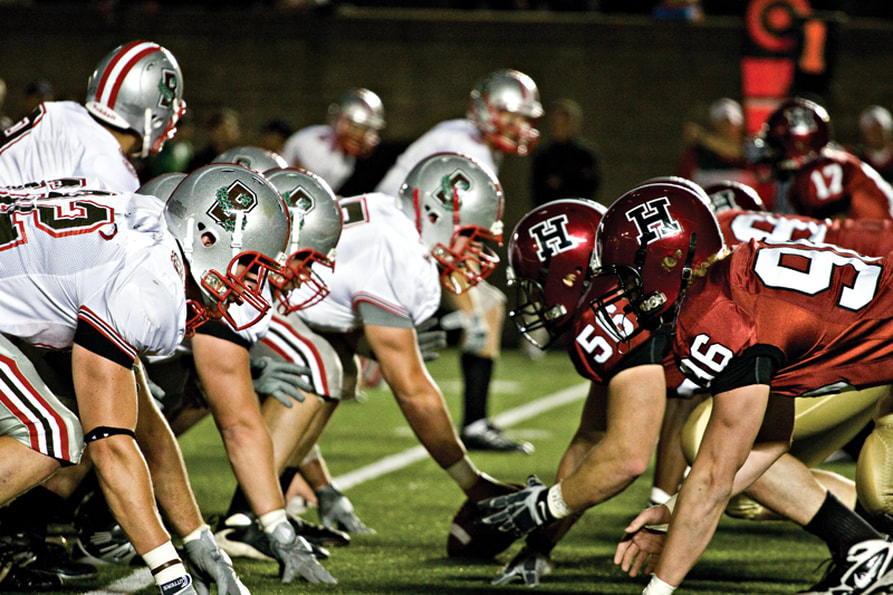 It's Brown vs. Harvard under the lights at Harvard Stadium on September 27th and you can watch the game from the sideline with 4 passes for you and your family or friends.  Come see why this is such a great rivalry and experience it like you never have before.

Play one of the finest courses in all of New England - Warwick Country Club - with the new head coach of the Bears James Perry '00 and Director of Athletics Jack Hayes.  You and a friend will tee it up with James and Jack for what's sure to be a fantastic day on the links! 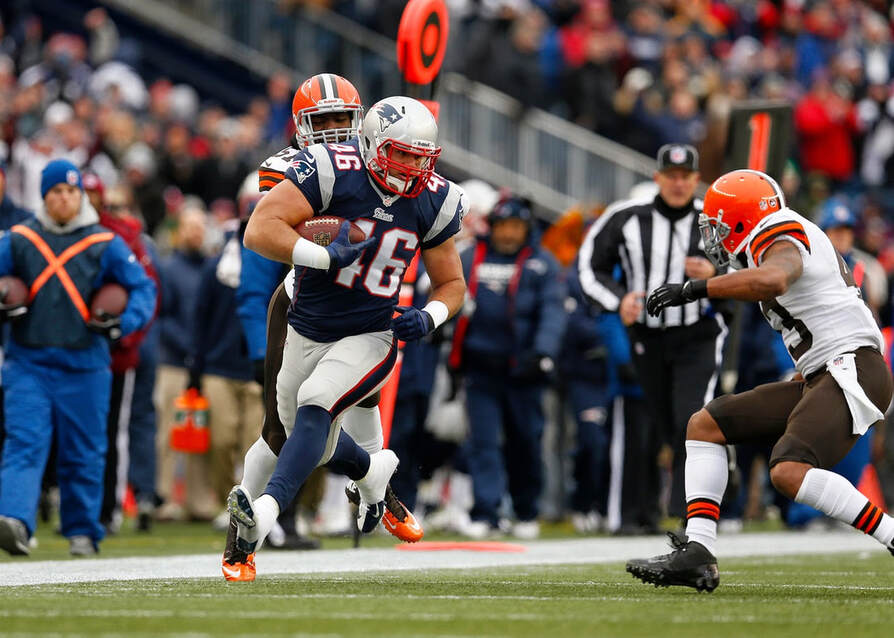 Head to Foxboro to see former Brown Bear James Develin '10 and the World Champion New England Patriots for a regular season game this fall.  You and a friend will watch the game in style from the Gillette Stadium club seats. 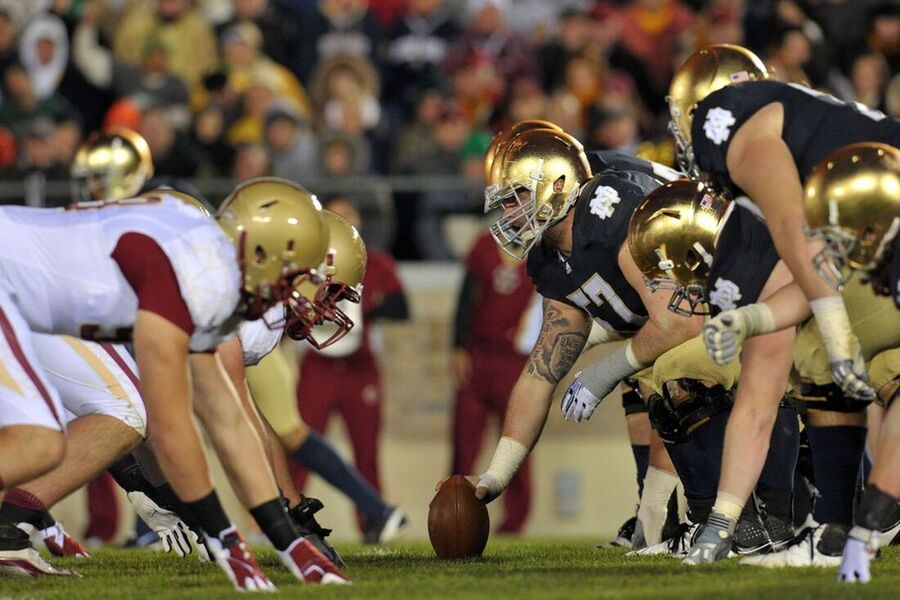 How about 4 tickets to see Boston College at Notre Dame on November 23rd?  Every time these two teams meet, it always seems to be a great game and you can be there in person to see the game at historic Notre Dame Stadium. 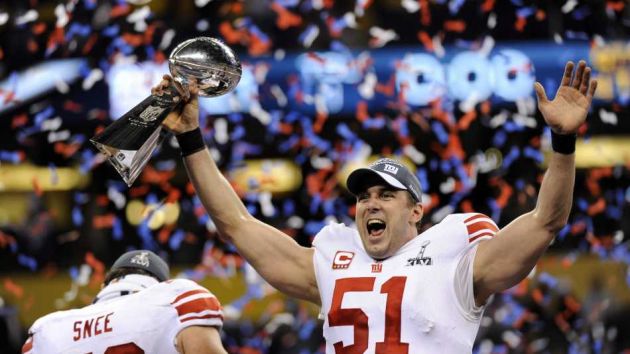 One of our most popular auction items each year is this great package donated by former Brown standout Zak DeOssie '07.  It's 4 tickets to the Giants home game of your choice plus pregame on the field passes and a parking pass.  What's better than hanging out with an NFL Pro Bowler who has won an Ivy League Championship and two Super Bowl titles?

Tickets to the Iron Bowl: Alabama at Auburn - Nov. 30th 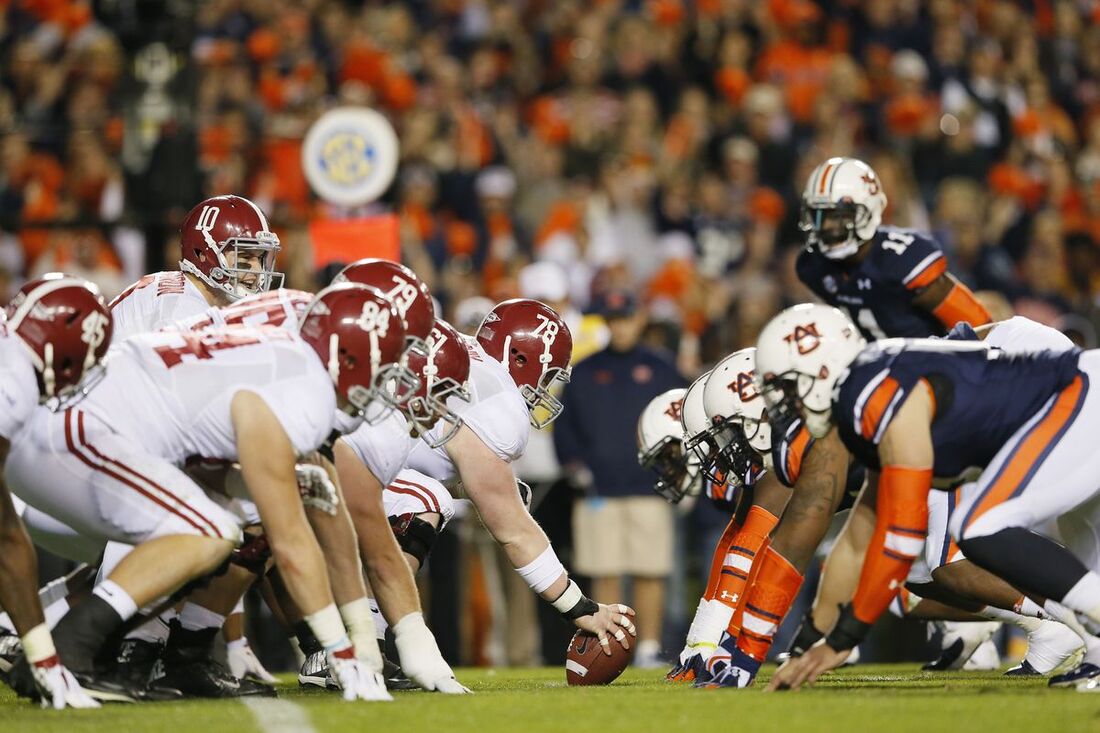 You can be there for what many consider to be the best regular season college football game each year - the Iron Bowl between Alabama and Auburn on November 30th.  Want more?  You will get to enjoy a pregame tailgate party with Brown alumnus Stephen Leara '86 and his family to get primed and ready for this college football showdown in what is sure to be an amazing atmosphere!

How about roaming the sidelines for Brown's battle with URI October 5th at Brown Stadium.  It's the home opener for the Bears and James Perry's '00 first home game as head coach at his alma mater.  Want more?  The Governor's Cup will be on the line in this tremendous intrastate battle between the Bears and the Rams.


Golf for 3 at Sacconnesset in N. Falmouth, MA

You and two friends will get to join Brown alum Steve Frager '74 at the beautiful, ultra-private Golf Club at Sacconnesset on Cape Cod.  This will make for an amazing summer or fall day for all of you golfers out there.


Tickets to see Army vs. Tulane Oct. 5th at West Point
There is nothing quite like a visit to West Point to see the beautiful and historic campus and catch a football game.  What's better is that former Brown Football captain Christian Montano '18 will be playing in the game as the starting center for the Tulane Green Wave.  We have 4 tickets to the game AND a spot for you and three of your friends at the Montano pregame tailgate party. 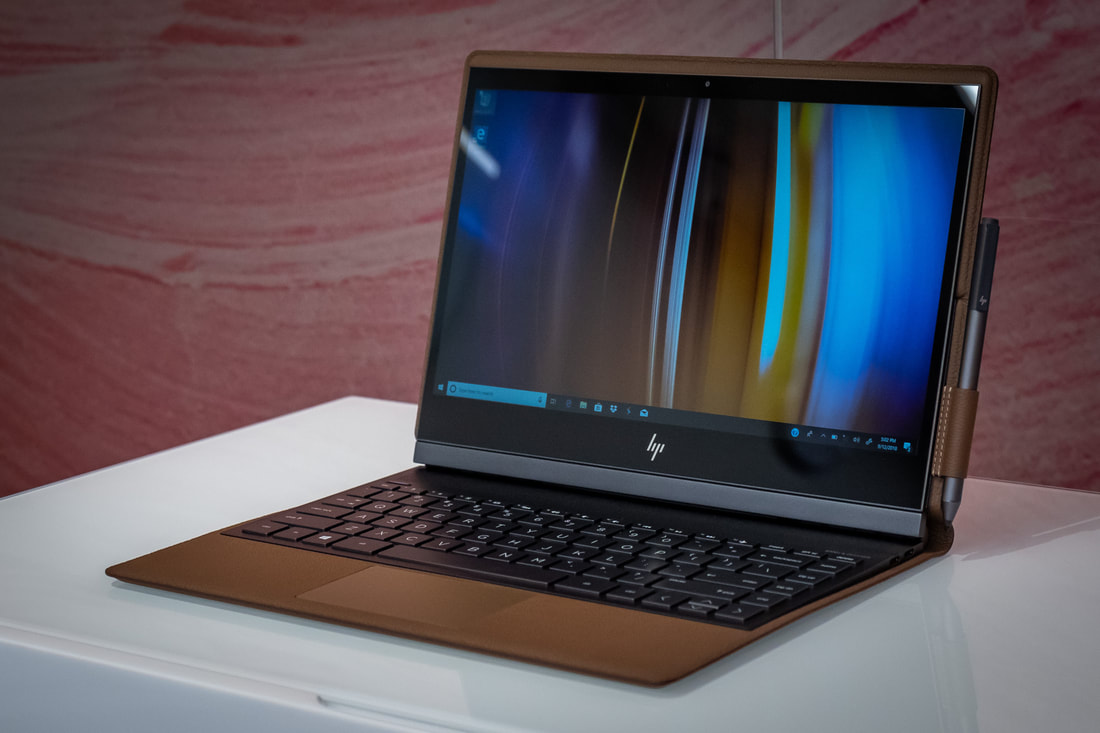 Looking for a brand new, state-of-the-art laptop?  Look no further!  Steve Fieler '95 has donated the HP Spectre Folio for you to bid on.  This $1500 laptop can do it all. 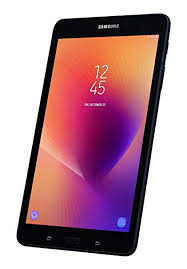 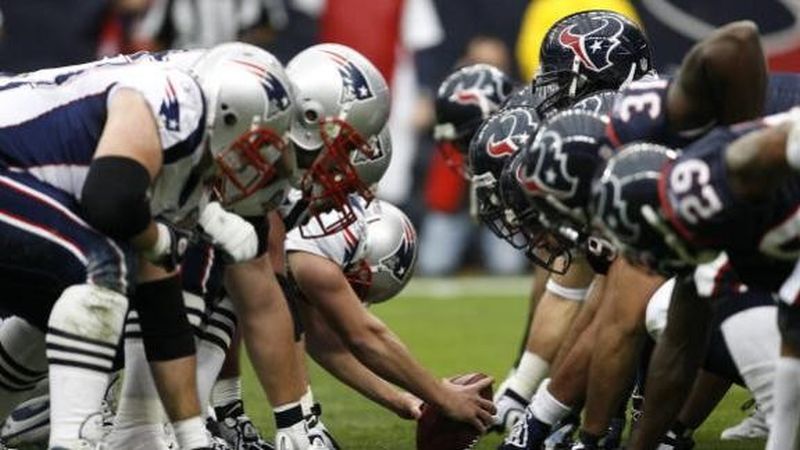 See the Pats and the Texans in primetime on Sunday Night Football in Houston.  This package includes 4 tickets to the game plus 4 sideline passes and a chance to have Brown Football Head Coach James Perry tailgate with you before the game!

It's ACC Football at the Heights!  This package includes 4 tickets, a parking pass and access to a pregame hospitality tent at Boston College when the Eagles host the Hokies from Virginia Tech. 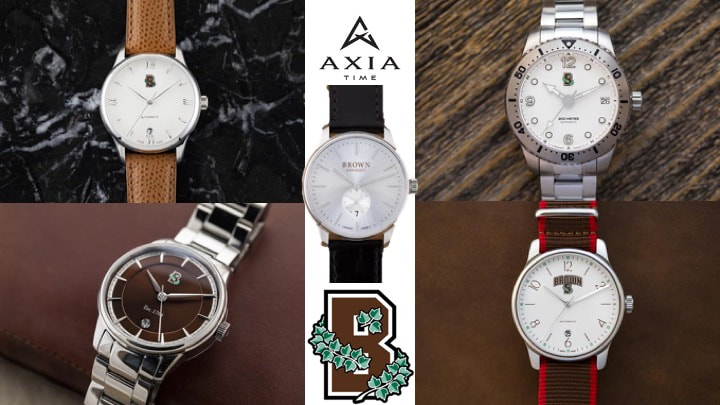 Show that you are "Ever True" to Brown by bidding on one of these beautiful university timepieces from Axia Time.  The winning bidder will get to select which watch he or she wants.

4 Great Seats to see the Red Sox & Phillies at Fenway 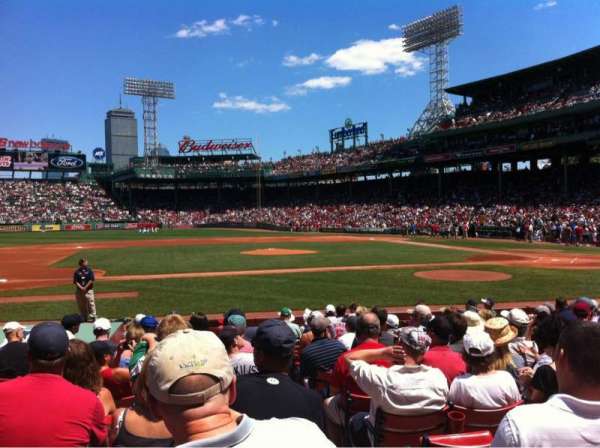 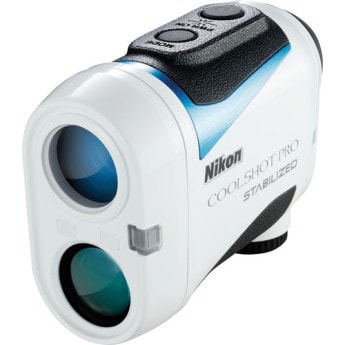 For the avid golfer, we have the game's best rangefinder!  Nikon's top-of-the-line Coolshot Pro Stabilized Rangefinder will help you lock in on the flagstick and lower your golf scores. 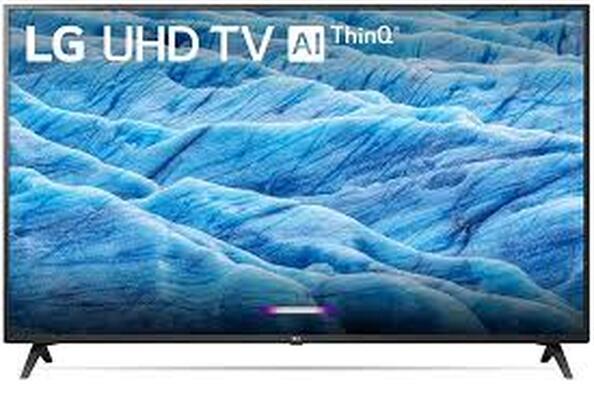 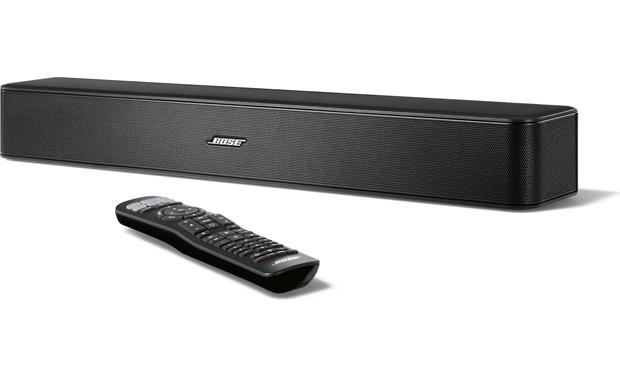 Watch and listen to TV in style with the LG 65UM7300 UHDTV and the Bose Solo 5 Sound Bar!  This is an unbeatable combination for the best experience in home entertainment. 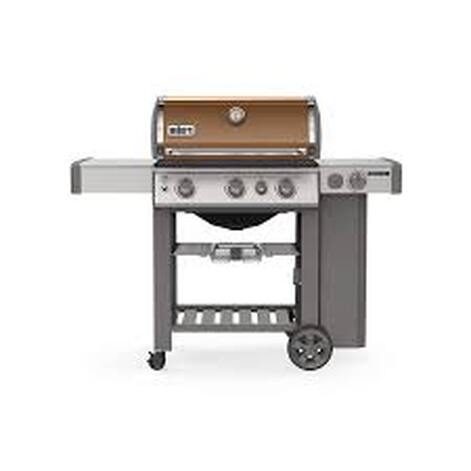 Grilling in the summer is one thing, but grilling on the Weber Genesis II E-330 Gas Grill is a whole new ballgame!  Weber is the premier name in gas grills and you can own one yourself by bidding on this model.  There is one stipulation, you must be at the tournament to bid as it is preassembled and ready to take home with you.